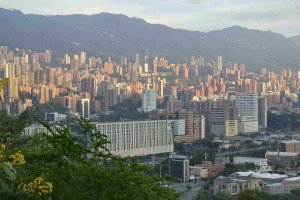 Located in a large valley in the Andes Mountains you can find Medellín. Famous for different reasons, amongst them the life of Pablo Escobar, who murdered more than 3000 people; Fernando Botero, a sculptor, and painter who has pieces of art throughout the world; A grand metro cable which has international recognition and is just one of the reasons why Medellín has been named The Most Innovative City in the World. By using the metro cable it is possible to reach natural parks, museums, and libraries; in the second part of the year, you may also enjoy the Medellín Flower Fair, which lasts for 10 days, with music, parades, and dancing.

Medellin has been the birthplace of many famous people such as Pablo Escobar, a drug trafficker who murdered thousands of innocent people, including over 100 people on one plane; and Fernando Botero, who has painted and sculpted fat people, animals and objects throughout his life. He has given his best works of art to the city, where they are exhibited in both the Plaza and the Botero Museum.

The city has a metro and a metro cable that climbs a mountain and joins the high and low areas. Tourists and locals use this form of transportation to visit important places, such as libraries with exquisite architecture and lookouts with an incredible view of Medellin and the great valley it is within. In addition, this city has been awarded prices for being “The Most Innovative City in the World”, “Preferred Destination for Corporate Businesses in South America”, “Prize for Urbanism” and many more.

With the average temperature of 22 °, it has the nickname of the City of the Eternal Spring and has large parks such as Arvi with 16,000 hectares, which includes 87 km of accessible trails and the Parque Explora where there are more than 300 attractions. In addition, each year since 1957 a great flower fair has been held with more than 50,000 visitors from all over the world, who come and watch the parades and join in with music and dancing.

To conclude, Medellín is a modern city with a dark history but also full of color. He has won many awards for his evolution in education, transportation, and health services to improve the lifestyle of its inhabitants. The culture, art, natural places, festivals, and architecture make this city a fascinating and spectacular place to visit.

Other places not to miss while in Medellín: