8 of the Most Exotic Colombian Fruits

If you are a fruit lover, then keep reading, because we will show you the most exotic and never seen before Colombian fruits.  Colombian markets, for instance, are full of wonders and guessing games if you have never seen one. On a typical market, it’s not hard to find exotic fruits like juicy watermelons, dragon fruit, or refreshing Mangos. The truth is Colombians are lucky with the large variety of exotic fruits widely available all year around. Here are 8 of the most exotic Colombian Fruits.

Don’t let yourself be misled by the color and shape of this particular fruit. It resembles a lot of acid fruits like lemons or oranges, but Granadillas is actually a rather sweet fruit. It has seeds covered with this sweet spongy white pith. Some people eat it whole, seeds included but some prefer to leave the seeds aside. It’s up to you. 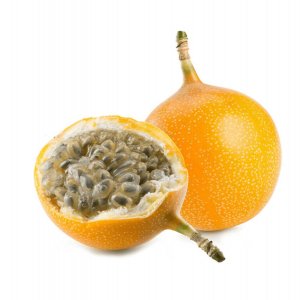 Otherwise known as Golden Berry. This Exotic fruit is quite particular in taste. For some, it’s sweet-and-sour, for others as sweet as a juicy grape. The texture is similar to cherry and it’s often eaten as a snack or in sauces and dressings. 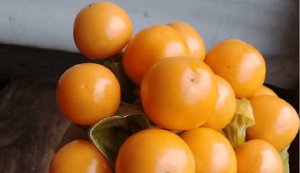 This exotic fruit only grows in Central and Latin America. It’s typically used in desserts and beverages with lots of sugar, as it’s quite acid. On the inside, it looks very much like a tomato but it is not recommended to eat it whole, as the exterior is full of little spikey pointy hairs. 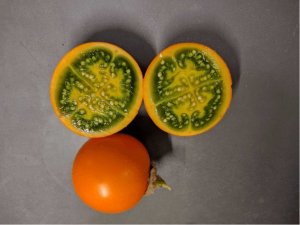 As Drake said, Passionate from miles away, this is indeed the fruit of passion. In Europe, Passionfruit is known for being purple on the outside and has a few flavorful seeds inside. But in Colombia Passion Fruits are also yellow on the outside and much packed with flavor goddesses.  It’s similar to a Granadilla but without the pointy bit. 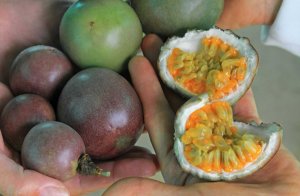 This is known in English as soursop. It has a prickly skin, almost like crocodile skin but on the inside is snow-white, and a bit smelly in all fairness. Its milky flavor together with its slightly slimy texture makes this exotic fruit one of the most bizarre. The flavor is a mix between pineapples and bananas. Pretty particular yet delicious. 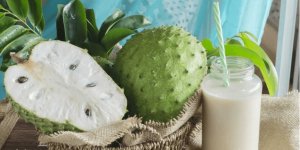 Guayaba AKA Guava, this exotic Colombian fruit is one of the most popular ones.  Although there are 3 varieties in Colombia, the most popular is greenish on the outside and pink on the inside. What does pink color indicate? It’s nothing like chewing gum as this fruit is packed with vitamin C, meaning it’s acid and refreshing. People eat it raw, or prepare a common dessert called Bocadillo – often eaten with Cheese!- 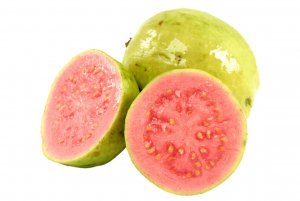 Sometimes known as the Banana Passionfruit, because of the banana-like shape and yellow pulp with black seeds like passion fruit. It’s slightly more bitter than passionfruit, but in Bogotá is often used to prepare a Mousse which is like a custard with a very acidic and refreshing taste. 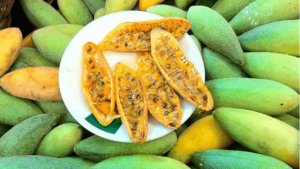 This is like the cherry on top of Colombian Fruit Salad. It’s one of the most eye-catching Colombian fruits. On the outside, it resembles a  yellow flower shape. It’s often cut in small slices for decoration but it’s also acid and delicious.