Historical Weather and Climate Facts of Medellin and Antioquia,  Colombia.

What’s the weather and climate like in Medellin Colombia?

Climate change is affecting Colombia just as it is affecting every other part of the world. For this reason, we can only really make an educated guess about what the weather will be like in Medellín Colombia at any time of the year. Unfortunately, our guesses are much less accurate than what they were only a couple of years ago…

The capital of the Antioquia department has a pleasant all-year temperature of around 75f/24c, warm and often overcast. Slightly warmer middle of December to early March. As a result of this Medellín is known as The City of Eternal Spring. The temperature in Medellín varies very little throughout the year, so there is no distinct hot or cold season. 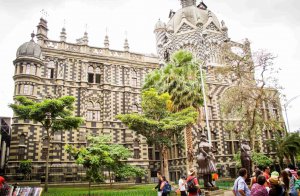 With these temperatures in mind, it is clearly enjoyable to explore the city at any time of day. Medellín has a wide variety of outdoor activities to delve into. Parks, markets, and Comuna 13 are all there for a wonderful time.

The average percentage of the sky covered by clouds only has mild seasonal variations over the year. The clearer part of the year begins middle of December for more or less three months. The clearest month of the year in Medellín is January, while October would be the cloudiest.

The chance of wet days in Medellín varies significantly throughout the year. The wet season is from late March to early December. During this time there is a 70% chance of rain, with October being the wettest. The drier season lasts a little over three months, from December to March, with January being the driest.

Average Rainfall – Millimeters / Inches, and the Number of Rainy Days in Medellín Colombia.

The best time of year to visit Medellín for general outdoor tourist activities is honesty any time of the year! The surrounding area of Antioquia is just fabulous. The scenery is spectacular and the people are so welcoming.

Areas surrounding Medellín include Guatapé, a fabulous town and a major tourist destination in Antioquia.

The climate in Guatapé is comfortable and often overcast., The temperatures are typically from 57f/14c to 74f/23c and rarely below 54f/12c or above 79f/26c. The most popular time to visit is December to March.

There is usually a degree of cloud cover in Guatapé, the clearest months are December to March.

Humidity is not a factor and is always very low. Likewise, the wind is consistent and has no factor.

Average Rainfall – Millimeters / Inches, and the Number of Rainy Days in Guatape Colombia.

Jericó is a colonial pueblo (small town) of outstanding beauty, south of Medellín 244 km/151 miles from Guatapé, which is east of Medellín.

The climate in Jericó is very comfortable and somewhat overcast with temperatures typically from 57f/14c to 75f/24c and is rarely below 55f/13c or above 76f/24c. 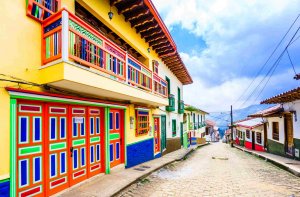 Jericó usually has a good covering of clouds most of the year. December to March are somewhat clearer. Rain falls throughout the year in Jericó. The month with the most rain is May, with an average rainfall of 11.5 inches. February has the least with 6.6 inches. There is virtually no humidity in Jericó, with very light winds all year round.

Average Rainfall – Millimeters / Inches, and the Number of Rainy Days in Jerico Colombia.

Jardín is another outstanding pueblo to visit in Antioquia. The climate here is mild and generally warm and temperate. The rainfall in Jardin is quite significant, with precipitation even during the driest month. The least rainy days are found in February, with the most in October. Humidity is relatively high in Jardín, November being the highest with the lowest in February. 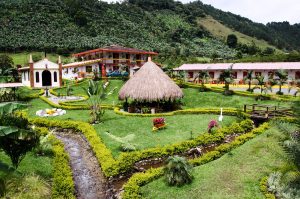 Santa Fe de Antioquia, north of Medellín is the most delightful pueblo. Temperatures are pleasant all year round and range between 72f/22c & 74f/23c. The wettest months are June to November, but even then not significant. Humidity is above average all year at about 68%. 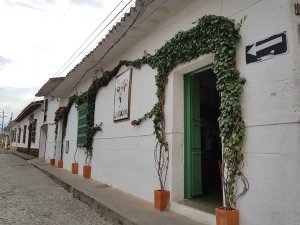