What’s the weather and climate like in The Tatacoa Desert and San Agustin Colombia?

Climate change is affecting Colombia just as it is affecting every other part of the world. For this reason, we can only really make an educated guess about what the weather will be like in San Agustin, and the Tatacoa Desert Colombia at any time of the year. Unfortunately, our guesses are much less accurate than what they were only a couple of years ago…

Neiva is hot, burdensome, and fairly overcast. During the course of the year, the temperatures typically are 73f/23c to 92f/33c and rarely below 71f/22c or above 97f/36c.

Neiva is fairly windy, particularly from May to October, with August, especially so. The rest of the year is calmer. 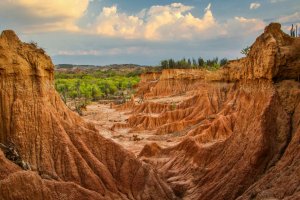 The clearer part of the year in Neiva begins around June and lasts for four months, ending around October. Cloud cover is least from June to October, with August being the best. It is cloudier from October through June, with March being the cloudiest.

Average Rainfall – Millimeters / Inches, and the Number of Rainy Days in Neiva Colombia. 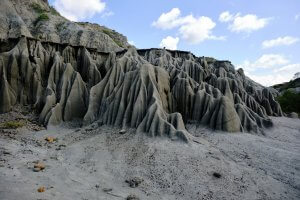 San Agustín is generally comfortable and fairly overcast. Temperatures typically range from 58f/14c to 73f/23c and rarely below 56f/13c or above 78f/26c

The muggy season lasts for eight months, from October to the end of May, particularly in December. The month with the fewest muggy days is August.

It is fairly windy for four months, from the end of May to the end of September, with average wind speeds of more than 4.3 mph. July has an average of 5.5 mph. 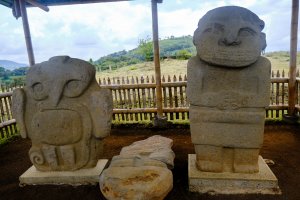 Clearer skies in San Agustin are found from June to October, with August especially clear.
Overcast skies predominate from October to June and March is very cloudy.

The wet season is eight months from October to June with November very wet.
The dry season lasts four months from June to October. The month with the fewest wet days in San Agustín is August.

The windier part of the year lasts from the middle of May to October. The windiest month is July.
The calmer time of year lasts for nearly eight months, from October to late May. The calmest month of the year is November.

Average Rainfall – Millimeters / Inches, and the Number of Rainy Days in Pitalito Colombia.