What’s the weather and climate like in Santa Marta Colombia?

Climate change is affecting Colombia just as it is affecting every other part of the world. For this reason, we can only really make an educated guess about what the weather will be like in Santa Marta at any time of the year. Unfortunately, our guesses are much less accurate than what they were only a couple of years ago…

Santa Marta has a wet season that is overcast, a dry season that is partly cloudy, while it is hot, humid, and windy all year round.
During the year the temperature typically varies from 75f/24c to 88f/31c and is rarely below 73f/23c or above 92f/33c.

Tayrona Park is an extremely popular destination for tourism and receives thousands of visitors every year. For this reason, the park is closed three times every year in order for the park to breathe and for re-growth to occur. Local indigenous also take this opportunity to perform cleansing ceremonies on their ancestral lands. Unfortunately, these ceremonies are not open to the public. Tayrona National Park is closed from the 1st-15th of February, the 1st-15th of June, and from the 19th of October – the 2nd of November every year. 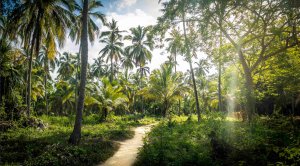 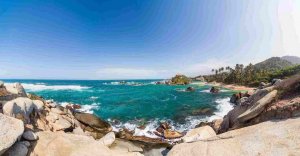