The 4 Biggest Cities in the Colombian Coffee Belt

The Colombian Coffee Zone is often referred to as the Eje Cafetero, The Coffee Axis, The Coffee Triangle. or the Coffee Belt of Colombia. Traditionally including 3 (Risaralda, Caldas, Quindio) of Colombia’s 32 departments (state/district), the department of Tolima officially joined the union of the greatest producers of Colombian coffee in December of 2020. Below you’ll discover what makes each of the capital cities of these 4 departments of the Colombian Coffee Triangle unique, and what you can expect when you visit them.

Pereira, Capital of Risaralda Colombia – The City without Doors 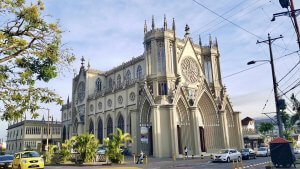 Located ½ way between Manizales and Armenia, Pereira is the largest of the big cities in the Colombian Coffee Zone. The people of this region are some of the friendliest people in Colombia if not the world, so for this reason it is known as “The city without doors.” When visiting the Colombian Coffee Axis, we recommend visitors to fly into Pereira, as opposed to Manizales or Armenia. The reason being that Manizales is often closed foggy conditions, and Pereira receives many more daily flights than Armenia. It is also a good place to base yourself if you are interested in exploring much of the Coffee Zone, and still enjoy the benefits of a semi-cosmopolitan nightlife.

In every direction from Pereira, you’ll discover traditional Fincas and beautiful plantations of coffee, platano (like bananas), and many other tropical fruits in the surrounding lush mountainside. Just outside of Pereira you’ll also find the Ukumarí Biopark, which when fully completed will be the largest bio park in Latin America.

The climate in Pereira is warm and often overcast. During the year, the temperature typically varies from 63°F (17°C) to 79°F (26°C)

*View our list of the top 10 Coffee Zone Towns to visit in Colombia here!

Situated in the northern part of the Eje Cafetero (Colombian Coffee Axis) and within a 2-hour drive of the Nevado del Ruiz volcano, Manizales is the largest center for Colombian coffee production. Located on the Colombian Central Mountain Range it is well known for its ridges, steep streets, cultural events, and higher educational institutions. Also surrounded by rugged mountainous areas with very fertile lands filled with coffee plantations, Manizales provides some beautiful breathtaking landscapes.

The Aerial Tramway is a great way to get around the city, enjoy wonderful views, and explore some of the cultural center of Caldas.
Manizales is also home to the tallest cathedral in Colombia with a height of 113m (370ft). Our Lady of Rosary (Cathedral of Manizales) is a very popular tourist destination and a mixture of Colombian, French, and Italian architecture, with a capacity of 5,000 people. 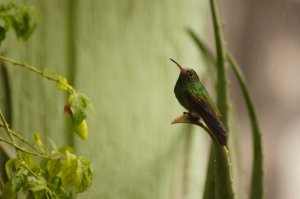 Many of the 850 species of birds located in Caldas can be found close to Manizales. Several eco-lodges have been established in the area to provide services to birders who wish to discover some of the 22 endemic bird species found in Caldas.

The climate in Manizales ranges from cool to comfortable and is often overcast. During the year, the temperature typically varies from 57°F (14°C) to 73°F (23°C)

* Looking for a hotel during your stay in the Coffee Belt of Colombia? Be sure to read our articles on the best 3-star Salento hotels, and the top 4 and 5-star hotels in Salento.

Located in the southern part of the Coffee Triangle, and approximately an hour drive from Pereira you’ll discover Armenia. Known as the Miracle City due to its fast urban growth and development, along with its rapid increase in population due to the booming agricultural economy in the surrounding rich lands. The main crops grown in this area are bananas, plantains, and of course the largest of them all coffee!
A popular tourist stop in Armenia is the Quimbaya Gold Museum, containing many pre-Columbian relics of gold, pottery, stone sculptures, carved woods, shell, and archaeological textile artifacts. Most of which are from the pre-Columbian Quimbaya civilization.

Armenia is also within a short distance to popular theme parks such as Parque del Café (a combination of coffee-based lifestyle, history, and traditions, with rollercoasters, aerial, and slides), Panaca (Traditional Colombian country activities, along with a large variety of animals up close), Recuca (dress up and play the role of a peasant’s family, as you enjoy a coffee tour taking you through every step of the process), Botanical Gardens of Quindio (approximately 11 hectares (27 acres) of Andean forest and one of the largest Mariposarios (Butterfly garden) in the country, featuring a collection of over 1000 butterflies).

The climate in Armenia is warm and often overcast. During the year, the temperature typically varies from 62°F (17°C) to 79°F (26°C)

*Like to stay a night or 2 in a Traditional Coffee Finca in the Zone Cafetera of Colombia? Be sure to check out our top 5 Coffee Zone Fincas here!

The new member of the Colombian Eje Cafetero (Coffee Axis), Tolima is situated on the Eastern side of Risaralda and Quindio, and the South-eastern side of Caldas. The capital city, Ibague is often used as a stopping point for travelers during their long journey from Bogotá to Pereira or Armenia.
Ibague is also very well known for its musical heritage and its annual music festivals. The Conservatory of Tolima is one of the oldest and most important music schools in Colombia. Founded in 1859 it often holds concerts of all styles and genres.

*Looking for activities and experiences to enjoy in the Colombian Coffee Zone? Then be sure to check out our list of the top 12 Coffee Zone must-see’s and must-do’s.

The 2 largest musical festivals are the Festival de Música Colombiana (The Festival of Colombian Music) and the Festival Folclórico Colombiano (Colombian Folklore Festival).
The Festival de Música Colombiana started in 1987 and runs for a full week during the month of March every year. It includes over 70 events within its program ranging from duets to children’s contests.
The Festival Folclórico Colombiano is the longest-running, starting in 1959, and enjoyed by thousands every year during the month of June. Among the highlights of this important festival are the selection and coronation of the national queen of folklore. Each of the candidates presents a performance showcasing the customs and/or beliefs of their department. They do this is by either singing, dancing, or playing an indigenous instrument from their region.

Interested in a day tour or private transportation during your Colombian holiday? Then check out our Affiliates page to book your experience at a discounted price.